Being Counted: A Brief History of Sex Work in South Asia

Being Counted: A Brief History of Sex work in South Asia

“The Superintendent of Prostitutes shall employ (at the king's court) on a salary of 1,000 panas (per annum) a prostitute (ganiká), whether born or not born of a prostitute's family, and noted for her beauty, youth, and accomplishments”.

“Prostitution is the oldest profession in the world” goes an oft repeated adage. There is much truth to this declaration in that there is evidence that providing sexual services for financial or other forms of payment existed for a long time in human history in various shapes.

Ancient and medieval era: The economy of pleasure

In the South Asian context, the history of performing sexual or erotic services for payment can be traced as far back as the Arthashastra, dated between 350-275 BCE. Authored by Kautilya (also known as Chanakya and Vishnugupta) philosopher, economics and royal advisor in the Mauryan court, this treatise on many aspects of life, including the economy and the market, mentions many different kinds of professions related to sexual pleasure. It has detailed descriptions of how such professions are to be governed by the state, including payment of taxes, in order to ensure fairness for all those engaged in the trade.  This is only one among many ancient sources.

The overwhelming presence of women engaged in activities of pleasure such as dancing and singing in temple architecture across the region, when read along with the textual sources makes it amply clear that the profession and those within it are an integral part of South Asian cultures and traditions. From temple architecture and other inscriptions we have images and terms referring to people in the profession of providing sexual pleasure.

From about the 4th  century onward we know of systems that were related to temples, rituals and land ownership that involved women who provided sexual services along with being the pioneers of various performing arts such as dance and music. These systems have since been codified and ‘purified’ of the influence of those from whom the forms originated. The better known among them is the Devadasi system which broadly refers to a system of providing sexual services and practicing/patronizing the arts, as part of economic relations connected to temple land. There are many names of different versions of this system across South Asia such as Devadasi, Rajadasi, Alankara Dasi, Rudradasi, Sule, Devasule, Jogathi, Basavi, Nithyasumangali in present day Karnataka. Devaradhiyar, Nithyasumangali, Chennaveedu, Kannigeyar, Nithyakalyani, Rudra Dasi, Manikattar in present day Tamilnadu. Bhogam Basavi, Sani, Devali, Kalavanthala in present day Andhra Pradesh and Telangana. Marali and Bhavin in present day Maharashtra;  Chakyar and Kudikyar in present day Kerala,  Maharis in present day Odisha,  Bhavin and Kulavanthin in present day Madhya Pradesh and Dhuki in present day Nepal. Just the prevalence of so many terms is evidence of the widespread existence and social significance of this profession in South Asian societies. 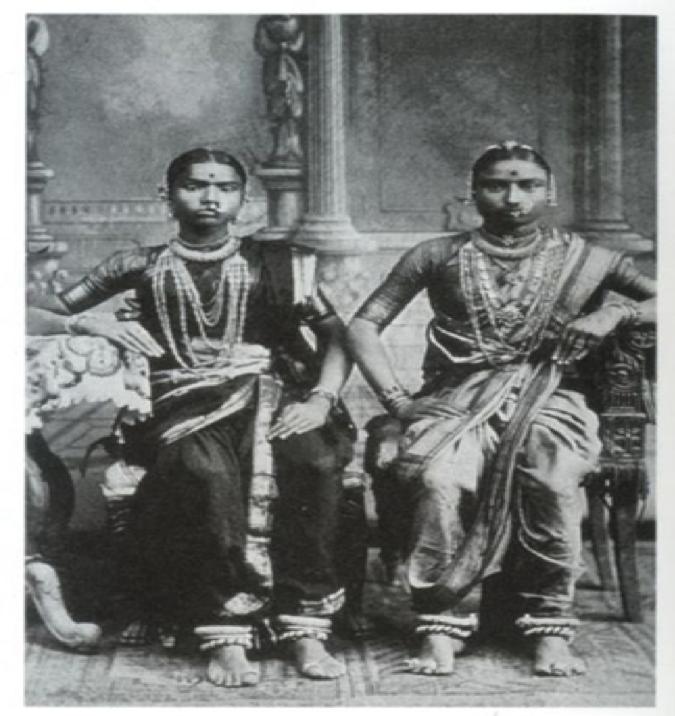 It is around the 6th century CE that we have sources such as the epic text, Silappadikaram , of the later Sangam literature in Tamil. One of the main protagonists of this text is Madhavi, the courtesan whose relationship with the hero forms the axis of the plot. Madhavi’s daughter Manimekalai who becomes a Buddhist nun is the protagonist after whom yet another epic text in Tamil is named.

From the northern areas of South Asia all the way to the island of Sri Lanka in the south, women and some men and trans persons who performed sexual services within a complex web of economic relations were, beyond doubt, an integral part of society.

There is a recorded history of the Tawaifs or the courtesans who thrived during the Mughal era, at least from the 16thcentury onwards if not earlier, mostly in northern parts of present day South Asia. The Tawaifs too, like the devadasis, were pioneers of sophisticated musical genres and classical dance forms like kathak. 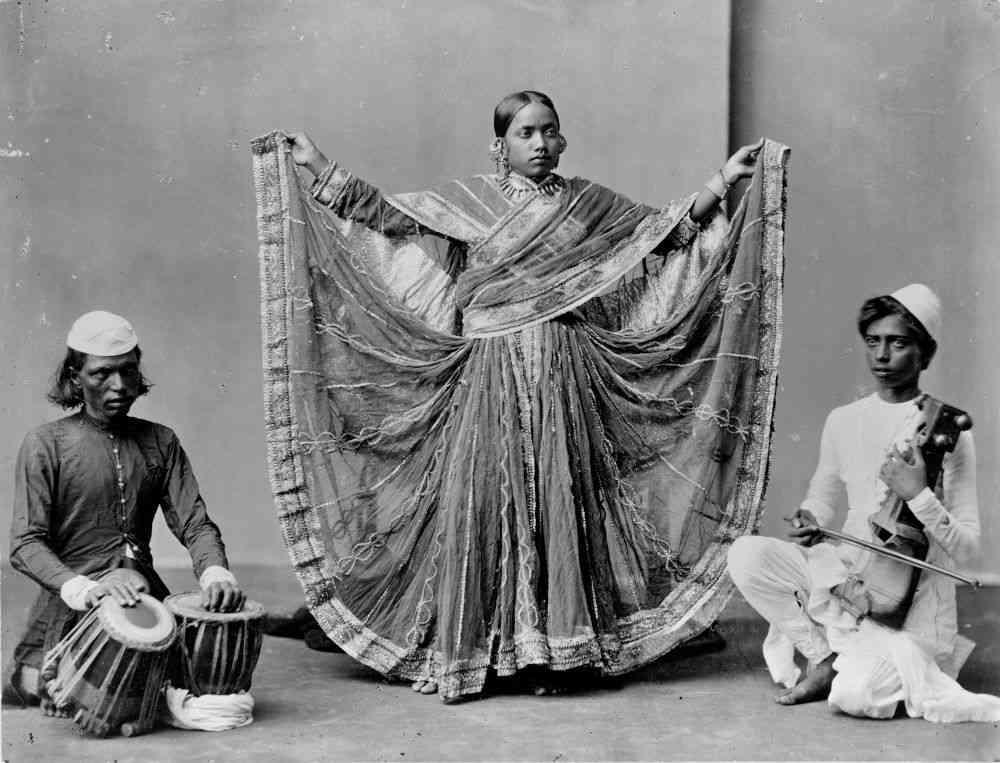 Their systems of economic exchange and practicing and growing the arts seems to have continued all the way into the mid-19th century towards the end of the Mughal empire, and later during the consolidation of British rule in most parts of South Asia. Descendants of Tawaifs are known to have been part of the struggle for independence in South Asia. Gauhar Jaan, a celebrated courtesan who saw much success as a recording artist in the 1900s organized a fundraiser for the freedom struggle upon request by the Mahatma himself (even though he did not attend the concert). Such is the unbroken survival of their art and role in society. 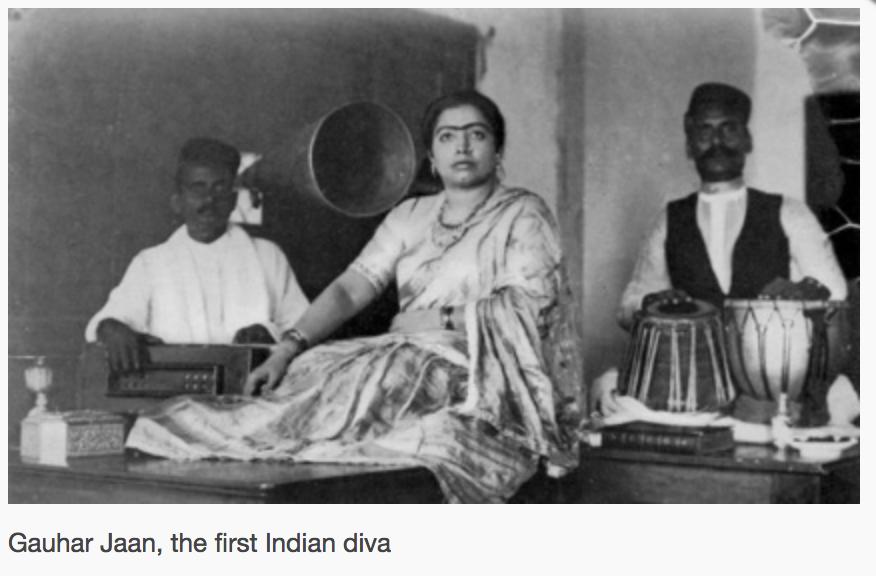 This vast and diverse array of practices, systems and human lives that thrived in a complex web of materiality, economy and pleasure – the sexual and artistic interwoven – was reduced to a few categories by the British administrators. The above-mentioned dancers and singers were, as per available historical sources, grouped together as ‘nautch girls’. They were brought under the surveillance and control of the British government. It is in this context that a spate of laws that criminalized various forms of sex work were brought into the South Asian region. This includes the Contagious Diseases Act of 1868, Devadasi Prohibition Bills and Act (from the 1930s onwards), and numerous Provincial acts such as the ‘Prevention of Prostitution and Immoral Trafficking in Women and Girls’ were enacted in the late 19th century.

One of the key differences between earlier regulation and control of sexual services for material benefits and its colonial iteration in the region, is that for the first time the Victorian social morality of the ‘bad woman’ was juxtaposed against the ‘good woman’ – the dutiful Victorian wife - was introduced in the South Asian context. While the profession and acts of providing sexual services were performed in a complex universe of economic, social and cultural formations, the colonial perspective and the laws that flowed from there reduced ‘prostitution’ to ‘soliciting money for sex’. The growing numbers of sex workers providing services to British soldiers and others in the service of the empire was taken note of and sought to be controlled through the Contagious Diseases Act of 1868. Sex workers then became viewed as vectors for the spread of sexually transmitted contagious diseases and became the primary targets of regulation and control in the name of public health.

The growth of urban centers paralleled the growth of brothel-based sex work in specific areas of all the major cities that gained prominence during British rule. This then resulted in the governance of such spaces by the state through myriad provincial legislations in Bombay, Madras and Calcutta which served as the provincial centres of the British Raj. Through this process between the late 19th to early 20th century sex workers moved from being the harbingers of  disease to criminals. This criminalization was inherent in laws that the British enacted to criminalize all those who they saw as deviant in South Asian society including members of specific tribes and caste groups, the traditional hijracommunity of trans persons etc.

Simultaneously, the growth and observance of human  trafficking, primarily from Europe in the beginning and later within the South Asian region led to the conflation of all sex work with trafficking. The provincial criminal laws sought to control, regulate and criminalize ‘prostitution’ and ‘immoral trafficking’. These colonial laws formed the basis of the all-encompassing, still prevalent legislations that criminalize sex work in the name of protecting trafficked persons all over South Asia. This is only one set of laws among many others that adversely affect the everyday lives and work of sex workers and all others in the profession of providing sexual services. These laws deal with ‘public decency’, obscenity, morality, public health etc. apart from other laws that seek to criminalise ‘deviant sexual behaviour’ of any kind. See here for a detailed report of the impact of the law on sex workers in South Asia.

Thus, while sex work has always been regulated in South Asia, it also existed and continues to do so in a complex web of social, economic, cultural, ritual relationships. Sex workers have been an integral part of South Asian society. This reality has continued uninterrupted through sea changes in South Asia with the coming of industrialization, urbanization, colonization and the consolidation of post-colonial nation states. The zeal for imposition of a fixed version of universal morality inaugurated by the British continues in post-independence South Asia. Legal and social morality have co-existed as a chicken and egg story.

Despite such regulation, the lives of those in sex work, continues as does that of all other persons with all the complexities, personal, professional and intimate. The history of sex work in South Asia stands testament to the violent and forced imposition of myriad morally bound authoritarian ideas of nation, society and family that have come to define all of us. Sex workers have and continue to hold up a mirror to our lack of honesty to our desires, wishes and fundamental truths in the enforced quest to fulfill social norms.